Experiment with a 5G Home Router

May 2019 5G Home Router Experiment in a FLFE Environment

In this particular experiment, we looked at the effects on the environment of a powerful 5G home router with and without FLFE/EMF Mitigation.

See the Level Of Consciousness Summary

The model and specifications of the router are below. 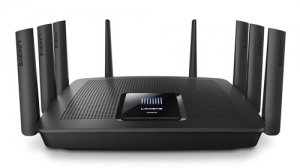 Types of Measurements Used For The Study

Two measurement modalities were used for the testing: Gas Discharge Visualization (GDV) to measure the variability of the energy, which in this context we call “Entropy” and Consciousness Kinesiology (listen to an explanation HERE) to measure the level of consciousness.

While most conventional EMF readers measure magnetic and electrical fields present in an area, as of June, 2019 they are not designed to measure the consciousness-lowering effect that some EMFs may have. Therefore, our measurement of consciousness-lowering EMFs is not using traditional EMF meters to read the magnetic and electrical fields present. These devices have, so far, not shown a difference in the readings with the FLFE EMF Mitigation program on and off. They are not reading the subtle changes in the EMFs that we call “harmonization” that transform a consciousness-lowering EMF into a positive consciousness-raising energy. GDV devices are part of a new generation of instruments that can measure subtle energies.

If you haven’t seen EMF Experiment I, click HERE to see the experiment set-up. The Sputnik Antenna was connected to a titanium test object. The object was placed on the lens of the camera. Images of the test object were captured for 3 hours every 10 seconds at specific intervals.  All 1000 images for each test period were analyzed by the proprietary GDV software, SciLab. Entropy and Total Intensity were measured.

Entropy – Merriam Webster Dictionary’s describes Entropy as a process of degradation; running down; a trend to disorder; chaos, disorganization, randomness. When referring to entropy in scientific terms it refers to the “noise” and static present. It is a quality of energy that is not useful or beneficial.

Important: Entropy is a measurement of the stability or variability of the energy that is present in the space rather than the quantity of energy. If entropy is high, it shows chaos. Low entropy shows low chaos or high coherence.

Using the SciLab analysis program with the GDV device, the Entropy data (which is shown in the chart below) is a calculation of the energy measured in the space by the GDV device.

The following description pertains to the image below, which shows Entropy. The lower the bar is on the graph the healthier or less chaotic the energy of the space is. 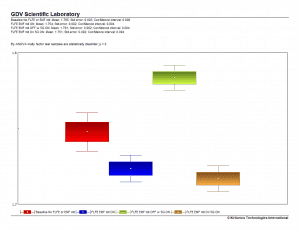 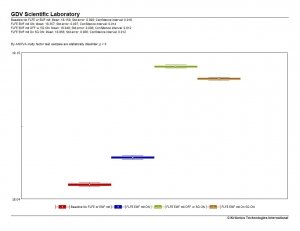 The GDV machine used in this experiment is a sensitive instrument for measuring the energy of an environment. Looking first at the measurement of Entropy (i.e., the variability and/or chaos of the energy), the addition of the 5G router greatly increased the Entropy or the chaotic energy in the environment. In both the Baseline (without 5G router) and when the 5G router was active, the Entropy in the testing space was reduced substantially when FLFE/EMF Mitigation was administered to the environment. The Total Intensity data showed a reduction in the total energy when FLFE/EMF Mitigation was added to the active 5G router. This supports the reduction in Entropy, the reduction of energy swings to a more coherent, less chaotic smaller range of energy variability. The data shows a significant improvement in the quality of the energy in the testing space.

Clayten Stedmann and Jeffrey Stegman measured the level of consciousness (LOC) of the experimental location using Kinesiology during the various phases of testing:

The addition of the active (powered on and connected to devices used for standard internet activities) 5G router into the environment without FLFE+EMF Mitigation lowered the level of consciousness from 408 to 399. When FLFE+EMF Mitigation is added to the 5G environment, the level of consciousness actually goes up higher than the baseline with no 5G, from 570 to 574, for the entire property. This is due to the harmonization of the 5G energy so that it is positive and adds life-force energy to the environment. A closer look at the area close to the active router with FLFE and EMF Mitigation ON shows a more detailed result:

The 5G Router itself: The level of consciousness (LOC) of the router was between 600 and 605. 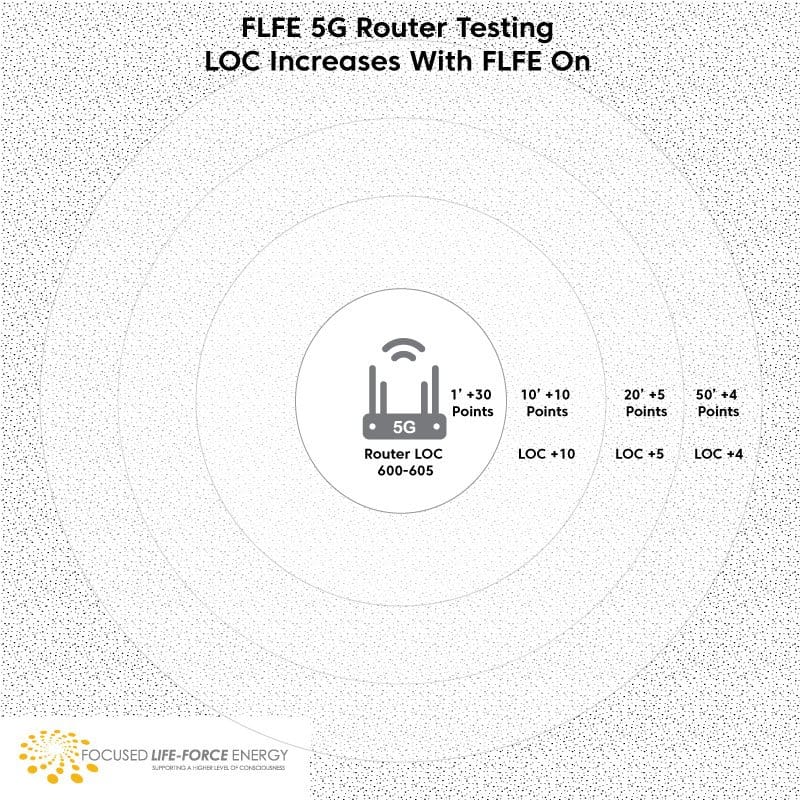 In a radius around the 5G Router:

If you’re ready to experience FLFE and EMF Mitigation first-hand subscribe below or experience of the 15-day trial,
with no cancellation or payment information required.